On the server I’m on, Pagle, it’s still very much bumping everywhere.  Westfall, Redridge, Duskwood, etc.  When people are waiting for buffs in Stormwind there are so many people it’s unreal, more than I think I’ve ever seen in town. 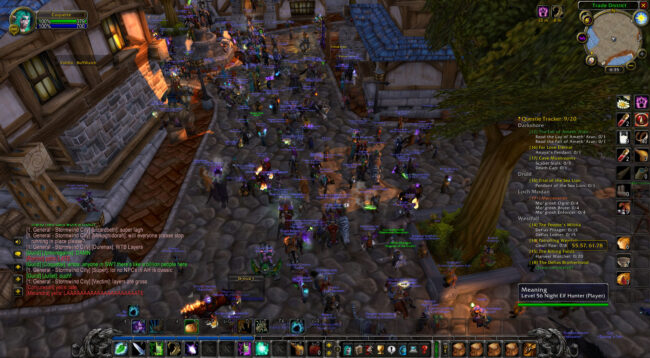 That being said, druid is weird.  I had to do a quest to learn Bear Form, another that had me travel all over the world for Aquatic form, and several quests to learn Cure Poison. ALL BEFORE LEVEL 20!!!

I did not have to do any quests to learn skills on my mage and priest, other than the HIGHEST level water on the mage.